Net Neutrality: The Basics Without Too Many Politics 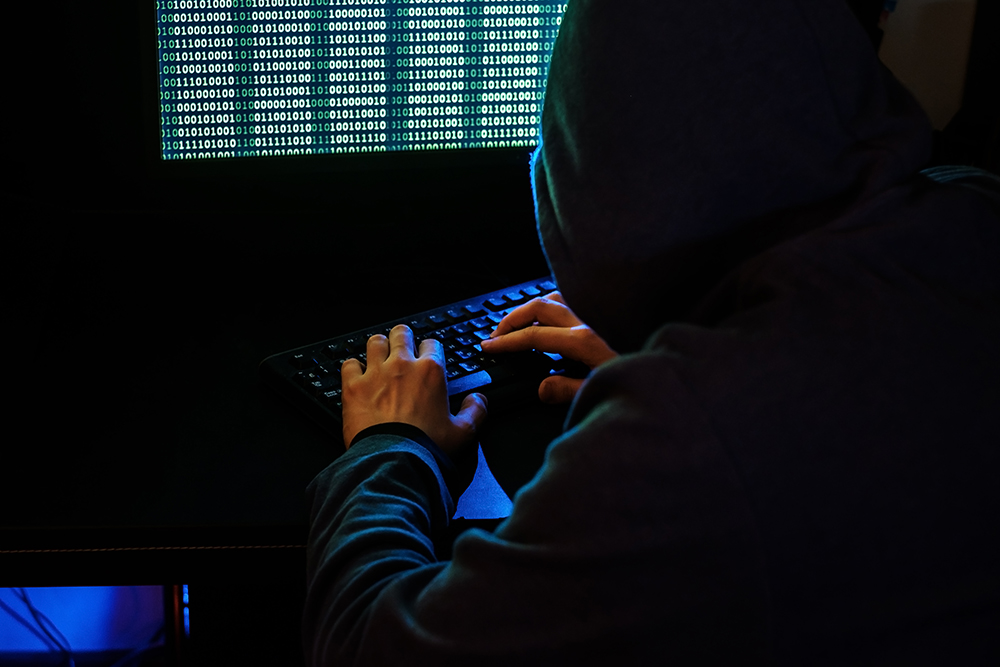 As you may have heard in the news, the Net Neutrality repeal law passed on December 14th, 2017. This day has gone down in history for several reasons—one, the repeal and two, the start of protesting and declarations of infringements on the citizens of the United States. In this blog, we will be covering net neutrality, how it came to be and our predictions of the future, without politics. (We’ll do our best because it does hit a sore spot for everyone who doesn’t own major ISPs (Internet Service Providers). In short, it will be a source of frustration for quite a few people in the future).

In doing our research, we’ve seen the term “net neutrality” be synonymous with both sides of the issue. Some people believe the NN law passing means access to the internet is now more open and safe. On the flip side, the vast majority believes internet access has now been restricted. As it turns out the vast majority is correct. Net neutrality was put in place and strengthened under the Obama administration. The latest news has announced that the neutral access to the internet has been restricted and the existing laws put in place have been repealed. To put it simply, “principle that Internet service providers must treat all data on the Internet the same, and not discriminate or charge differently by users, content, website, platform, application…” — Source: Wikipedia

History And The Obama Administration

The date was October 29, 2007. As former President Obama was a then-senator running for office, he pledged to keep the Internet open and unrestricted for all. He was quoted by saying, “I am a strong supporter of net neutrality. What you’ve been seeing is some lobbying that says that the servers and the various portals through which you’re getting information over the Internet should be able to be gatekeepers and to charge different rates to different websites. And that I think destroys one of the best things about the Internet—which is that there is this incredible equality there.” — Barack Obama

From there, the overall timeline is strongly in favor of net neutrality:

We dug up a video from the White House archives circa late 2014, in which former President Obama spoke strongly in favor of net neutrality: 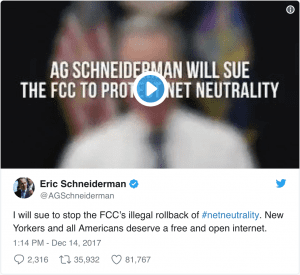 The good news for net neutrality is that citizens are not the only ones standing up for their beliefs. New York State Attorney General Eric T. Schneiderman has been very active on Twitter with his opinion against the repeal of Net Neutrality.

From multiple shares and Facebook’s algorithms, we discovered a few days ago some more news of the FCC’s vote. The infamous and widely known hacker group known as “Anonymous” have allegedly hacked the FCC database. They posted various pieces of personal information online regarding FCC Chairman Ajit Pai, such as his phone number, address and more. — Source: Anonymous Feed 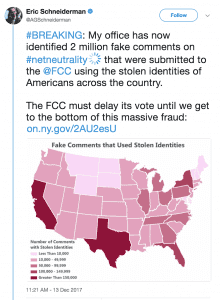 There’s nothing better than fueling a debate with fabricated information and on multiple occasions from multiple sources. Attorney General Eric Schneiderman tweeted the issue of fraud. Click the map to your left and see for yourself.

As a result of looking on Facebook for some non-political feedback, it’s ironic that the same thing has been found from citizen directly involved (use caution: there are bad words) 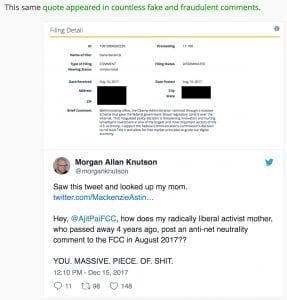 It has really fired up some people and we don’t blame them. As a small business, like all of our clients and colleagues, we are all under fire with the repeal of net neutrality. We’re not exclusively siding with the FCC or with Anonymous and citizens as there are two sides to every story. And within the net neutrality ordeal, there are many stories within the big story of the repeal.

The bullet points of what the net neutrality repeal means are summarized here from a varied panel of interviewees. Overall, the general consensus is that nothing will happen immediately. In the coming months and years, ordinary citizens will feel the shockwaves in whatever form they may take. Karyn Smith of Twilio expressed her opinion in that providers will be blocking access to certain websites and slowing down speeds to others.

“Since the FCC has stopped treating the internet as a utility such as electricity, water or phone, telecoms can now discriminate against who receives standard service, writes Dirk Morris, the founder of network management software firm Untangle.” — Source: QZ

While not everything and everyone will be blocked, what’s at stake here is money and revenue. Under the NN repeal, ISPs now have free reign to distribute content as they see fit. Denelle Dixon, Mozilla’s chief legal and business officer stated in her interview that ISPs can see-saw broadcast speeds for customers across the board. Those who pay more can receive fast speeds and access. Quite simply, it’s a mess. Yet, it’s a benefit for the large media outlets and broadcast companies.

Henry Su, a former trial attorney for the FTC, now a partner at Constantine Cannon law firm sides with the consumer. In not so many words, Su argued that without open access to the Internet, innovation, startups will lose ground through a lack of broadcast Internet speeds to the masses.

Without getting too deep into politics, let’s look at the numbers and you can decide for yourselves. What it all boils down to is that at least 3 out of 5 people feel they can actively represent the needs of approximately 326,000,000 citizens and millions of small businesses. Seems legit.

Click Here To Get A FREE Digital Marketing Snapshot Report For Your Business!

Looking for help with digital marketing? Want to start small and work your way up? We can help! Life Improvement Media has Do It Yourself or Done For you Options. Click below to learn more!
Do It Yourself
Done For You 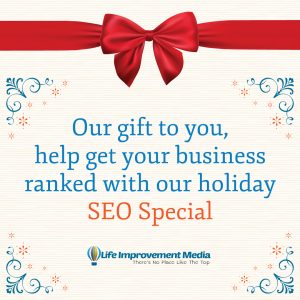