May Recap Part 4: The Creation of the Computer 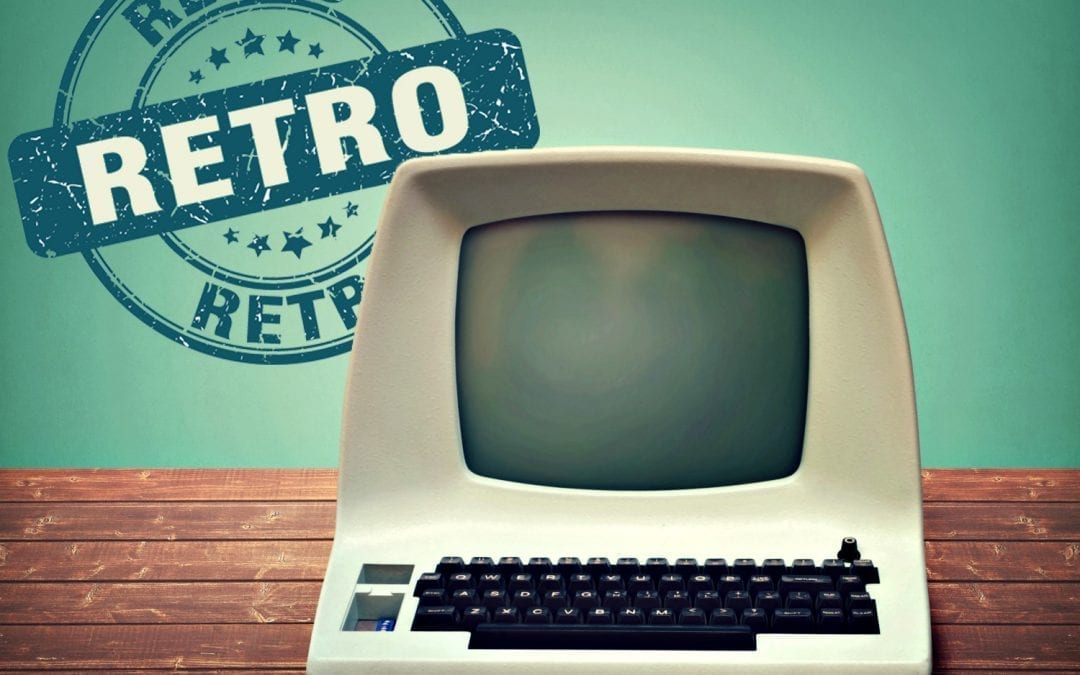 This May, we took a look back at the inventions that helped us get where we are today. We’re writing these words and you’re reading these words thanks to the creation of social media, the Internet and the world wide web, of course, the computer itself. (Even if you’re reading this on your phone, your phone is essentially a computer with a phone built in). Take a minute to learn the basic evolution of the computer that was born in America’s precious Silicon Valley.

Today, computers are secured to our wrists proudly sporting either Fitbit or Apple logos. Decades ago, they used to sit on the desk underneath monitors. Half a century ago, they took up entire walls of rooms and even a full room itself. Yet, the very first computer dates back to the ancient Greeks circa 100 BC. A handmade device known as the Antikythera Mechanism is believed to be the world’s original analog computing device, which at the time was created to “calculate astronomical positions.”

About 1700 years later, the slide rule was invented after the world was introduced to the logarithm. Devices like these brought a new trend–focusing more on mathematical operations. By 1830, a new device by Charles Babbage, known as the “father of the computer” created an instrument that incorporated both mathematical operations and navigational calculations.

Babbage created both the Difference Engine and the Analytical Engine. Essentially, these two devices gave way to the innovation of the future. They incorporated punch cards, a curve plotter, a printer and a bell to provide information on a hand-held medium. Compared to computers of today, the “wheels were being turned” and the very first modern computing devices were brought into existence.

The Rubber Hits The Road 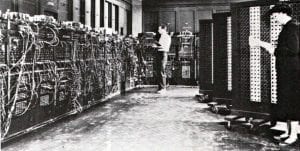 The rubber didn’t hit the road until computers were created as programmable. The first and second of programmable computers made history were named the Colossus and the ENAIC, respectively. (A picture of the ENAIC can be seen to your left). Colossus is most known for its use during the first World War. A total of ten Colossus machines were built and put into service by February, 1944 to successfully break German military codes.

The ENAIC–Electronic Numerical Integrator and Computer–was much faster and larger than the Colossus and outlived Colossus. The ENAIC was used by the U.S. Army from 1943 to 1945. It was capable of several thousand mathematical operations a second such as addition, subtraction, multiplication, division and square roots. ENAIC was enormous in size and price; it weighed 60,000 pounds, took up over 2,000 square feet and cost half a million dollars. Today, that figure would be more accurate as $6.78 million.

More components could fit into a computer housing per se, but 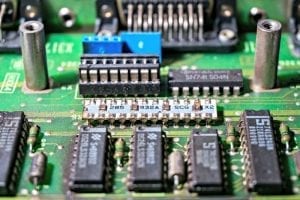 the true reduction from room-size computers to desk-sized computers came from the invention of the microprocessor. Microprocessors were as large as the average thumb nail (no pun intended) and outperformed the transistor. They could manage data and programs by themselves.

In 1971, the first microprocessor called the “4004” was developed in the glorious Silicon Valley. Astoundingly, the 1/16-by-1/8-inch chip had the same computing power as the room-wide ENAIC from 26 years earlier. Both transistors combined with microprocessors and years of development brought microcomputers to the consumer market.

From there, two Harvard students named Bill Gates and Paul G. Allen were hired by a company called Micro Instrumentation and Telemetry Systems (“MITS” for short). Together, they created a computer kit called the Altair for consumers to build themselves. At the same time, they put their earnings from Altair into developing software. The software made the Altair easier to use. It was here in 1975, that opportunity knocked. Allen and Gates took their software idea to the next level and started a then-small company called Microsoft.

A year later, the great and powerful “Woz” and his partner Steve Jobs developed an improvement upon the Altair. This improvement was known as the Apple I. At this point in time, the personal computer or PC revolution had officially begun. From there, inventions, programs, applications, developers, demand and need for computers exploded.

To receive a free copy of this blog as a PDF, click the eBook below! 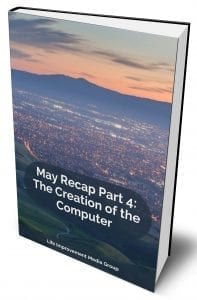